This year, Spalding Hardware celebrates its 200th anniversary. The company was founded in Lockport, NY, in 1822 by Lyman A. Spalding. This blog post is the third in a series showcasing the history of the Spalding Hardware company.

In 1956, John W. Spalding retired and sold the Spalding Hardware company to LaVern Ulrich, William Hoffman, and Raymond Helwig. The trio decided to retain the name “Spalding Hardware” due to its easy recognizability and its long history in the community. They kept the store on Main Street until Lockport’s period of “Urban Renewal” in 1966, at which time they moved the store to its current location at 215 Davison Road.

After years of growing pains with other hardware wholesalers, Spalding Hardware joined the cooperative Ace Hardware of Oak Brook, IL, in 1978, becoming one of the first stores in the Northeast to bear that now-familiar Ace logo.

By 1983, Ulrich had bought out his two business partners, and in 1986, he acquired Standish-Jones Lumber Company in Gasport, NY. With passion and hard work, Ulrich made great successes of the two separate stores and of the company as a whole. Ulrich was a visionary businessman, and was known to fight for the changes and updates he felt were necessary to the success of his business.

He was equally as passionate about the Lockport community. According to Dan Kane (former editor of the Lockport Union-Sun & Journal), “LaVerne [sic] has always been more than just a good businessman…he’s been a concerned citizen who continually promotes his community, state and country.” That concern for the community has continued to this day through Vern’s children, who are happy to support local organizations and charities.

Ulrich retired in 2002 and passed the torch to his children. After his retirement, he visited each store regularly and was beloved by employees and customers alike. He passed away on December 30, 2009.

Today, the company continues to flourish as we celebrate 200 years in business. Spalding Ace Hardware is known for having a wide selection of products, its friendly, helpful staff, and for supporting community organizations and events. 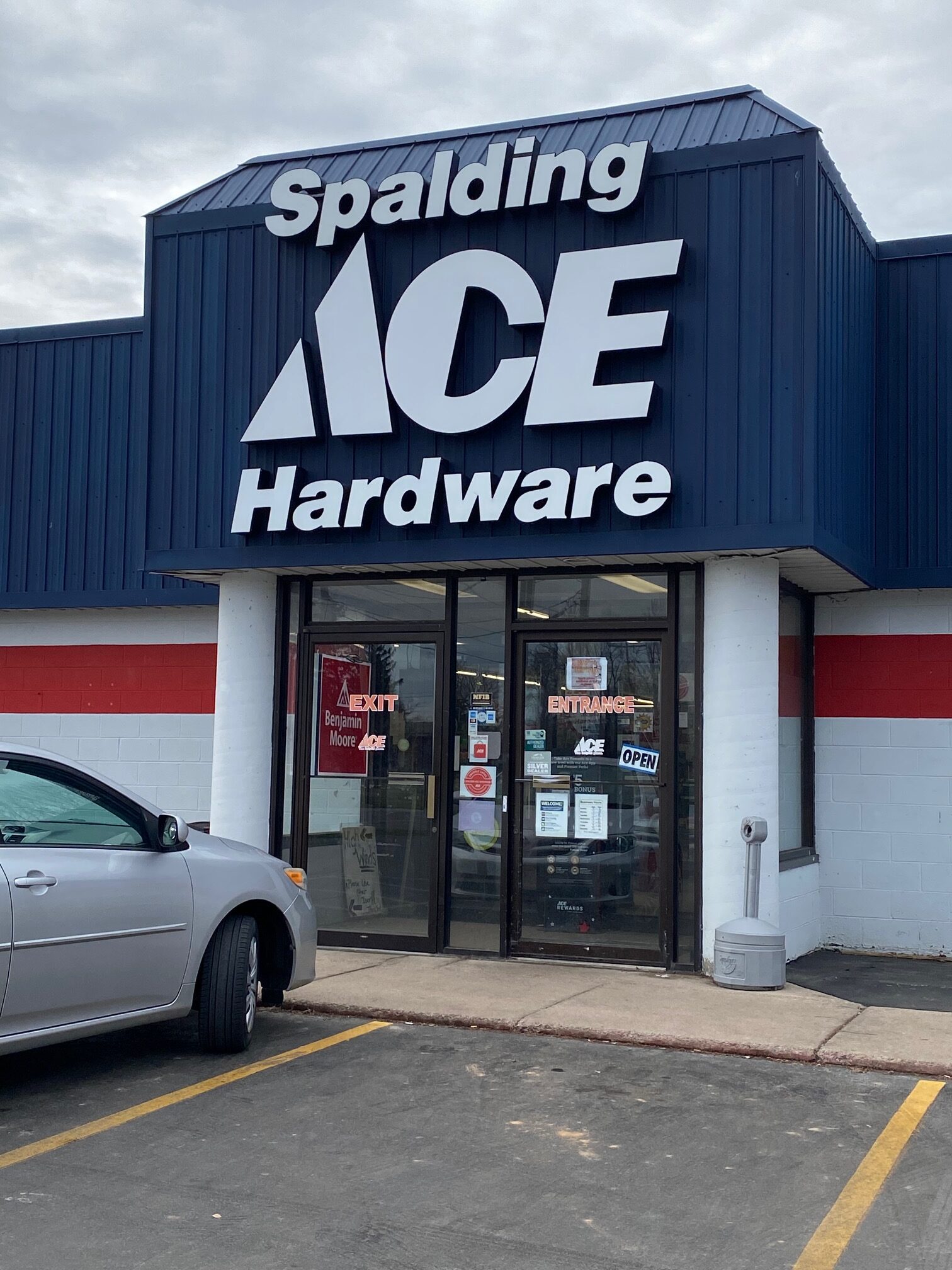 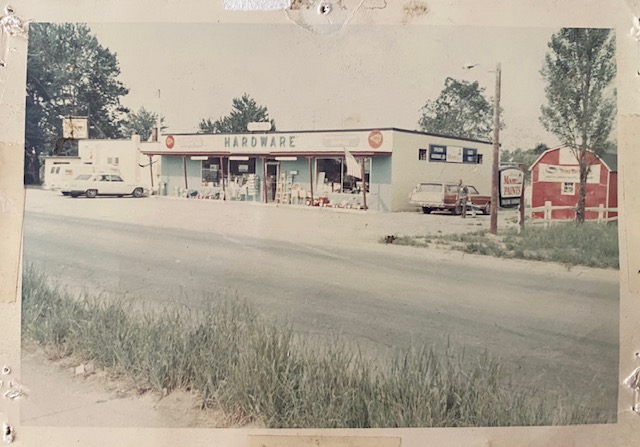 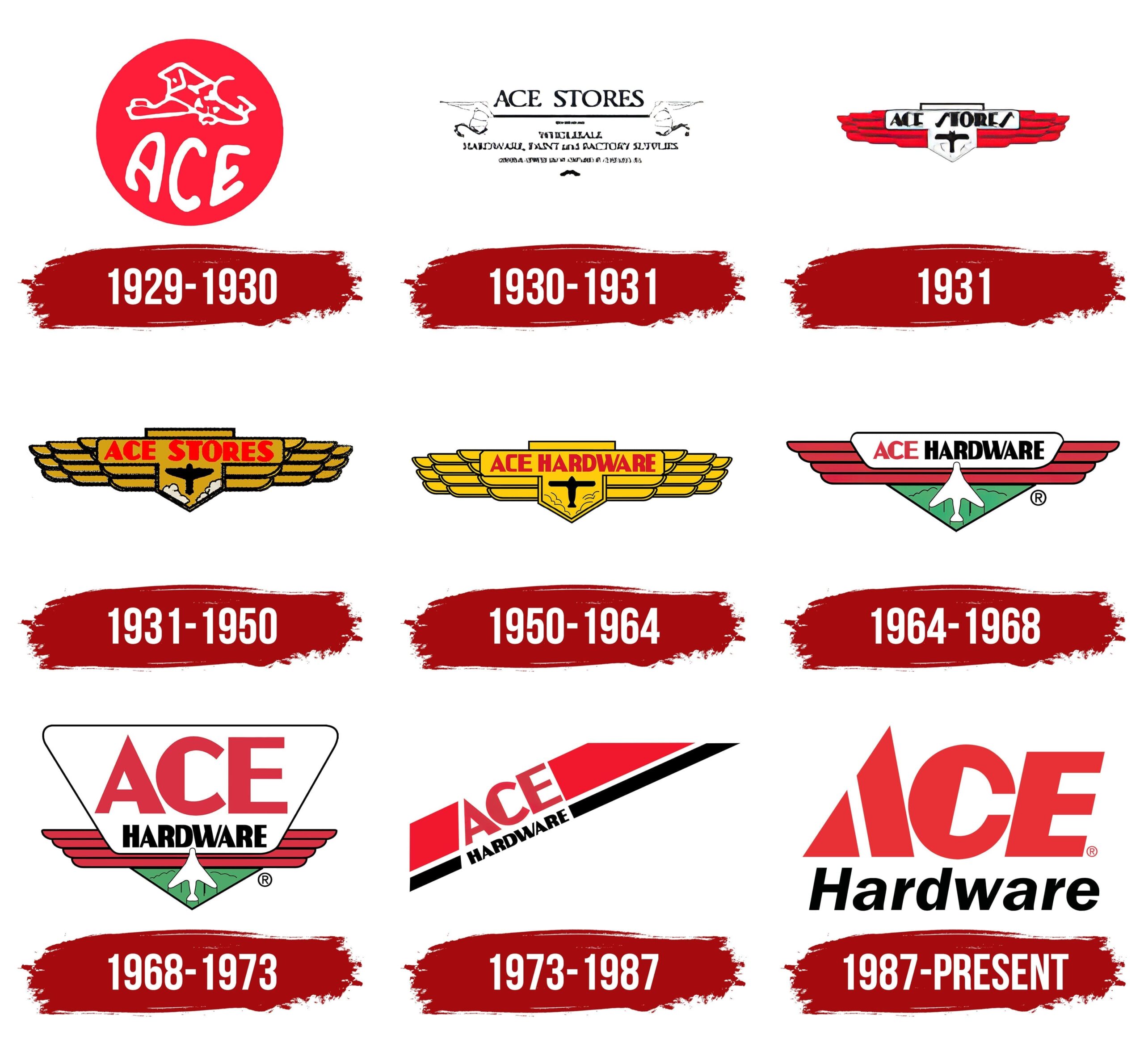 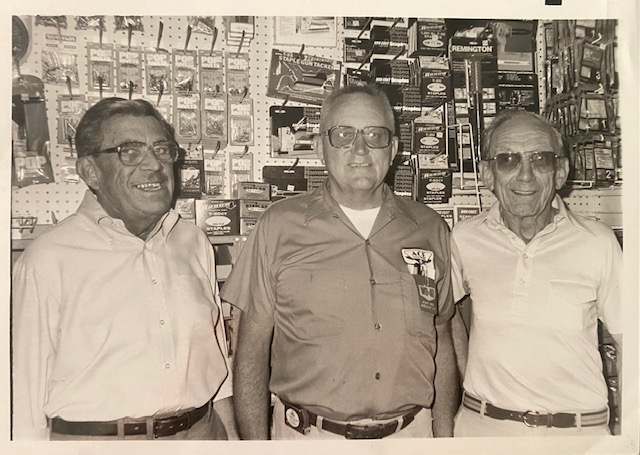 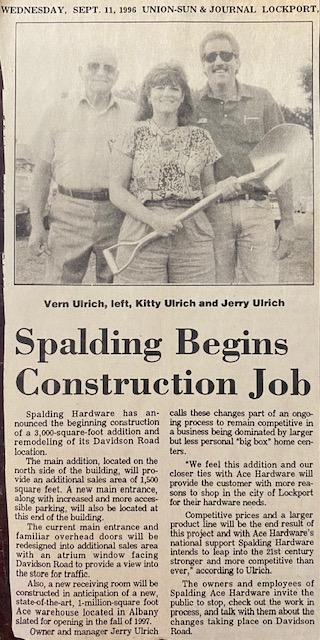 2 thoughts on “The History of Spalding Hardware: 1956-Present”